Today was so beautiful I wanted to twirl around, arms outstretched, like Julie Andrews in that movie I don’t like but everybody else seems to.  What a clumsy sentence, just because I can’t mention a movie without injecting my petty opinion.  Never mind.  I took a lot of pictures that I would like to share.  On with the post!

I first wanted to go to a house on my street that seems to be unoccupied.  Perhaps the residents are merely elusive.  In any case, I took a picture of a bush on their front lawn and made bold to go up their driveway for a picture of some tulips I had noticed earlier.

I spy some hyacinth, too.

I continued down Bellinger Street in search of a magnolia tree I had not checked on lately.  I noticed a magnolia tree in full bloom on German Street during my run this morning so felt sure the other one would be photo ready. 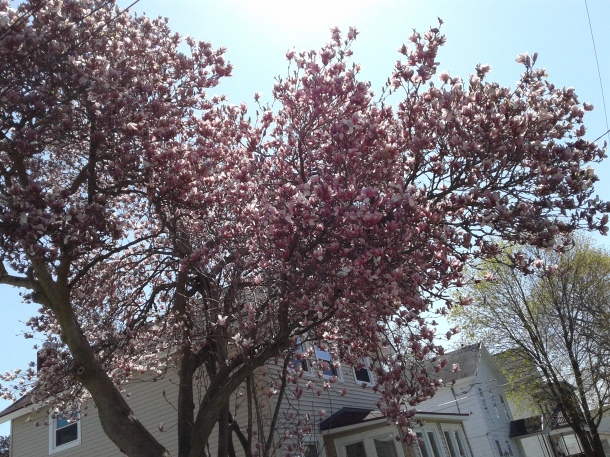 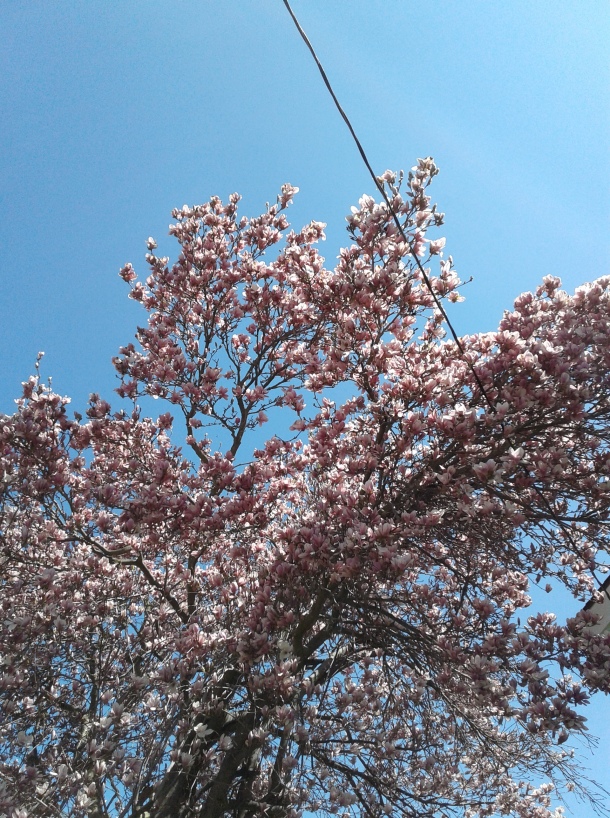 I took two pictures and continued down Bellinger to St. Francis Church, where I had seen the Saint himself following Covid Protocol.

I appreciate those who set an example.

I also got a shot of the tulips in front of Francis.

I positively must plant more tulips in my own yard.

I continued on through Meyers Park to take a picture of the statue of General Herkimer. 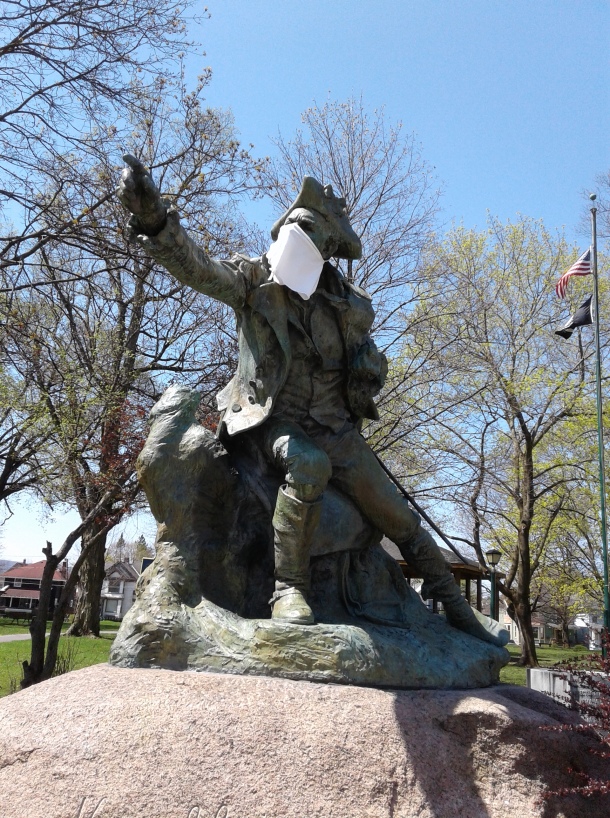 This is a true patriot.

I walked down Prospect to Albany Street, where I saw a flowering tree.

I saw a person ahead so, with social distancing in mind, I ducked into the alley behind the stores.  This was delightful to me, because it is not a route I have taken in recent memory.  Imagine my surprise to see a Christmas decoration! 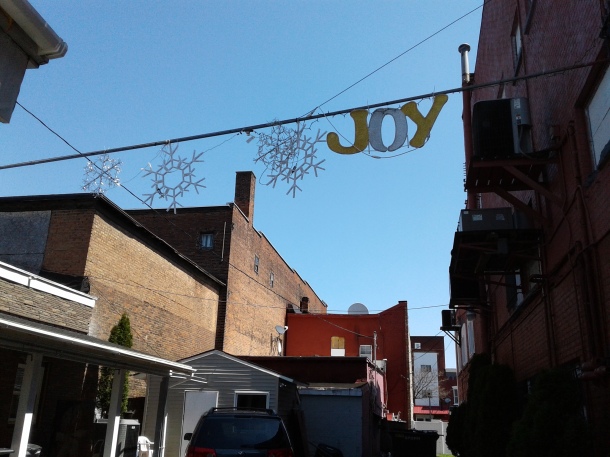 I often say we must take our joy where we can find it!

I continued on up Main Street and through the park by Basloe Library.  At the beginning of quarantine,  it was only when libraries closed that I said, “Shit just got real.”  However, I was able to enjoy some perennials in the flower beds.

Tulips next to daffodils: nice!

I leaned in to get a shot of some grape hyacinths in the same bed. 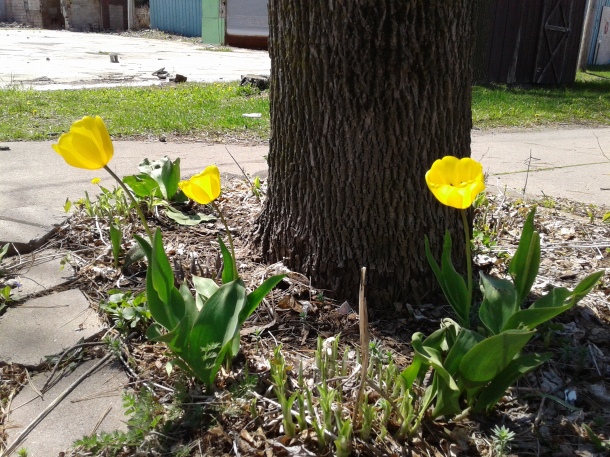 These tulips were a little further in.

I got home without further photo ops, then proceeded to my back yard, where there are some different flowers under my rhododendron. Previously there have been forget me notes, but I do not know what these are. 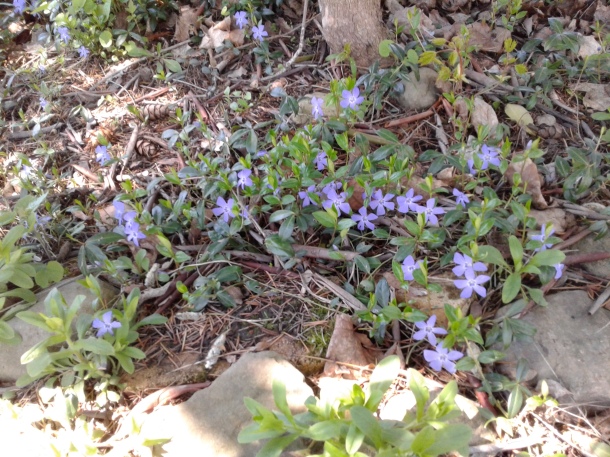 At least they are pretty!

I close with a shot of my one hyacinth, taken previously and inexplicably not used in a blog post yet.

SO delighted it came up again!

I understand the weather is not expected to be as delightful in the coming week.  However, I feel I can rejoice that I sufficiently appreciated today.  Happy Sunday, all!