Regular readers may have wondered if I was ever going to return to my Wednesday Night Thing of going to Fratello’s Pizzeria in Frankfort for music and food.  Well, tonight I finally did.  I had the best time!

I got there between 5:30 and 6:00, and noticed a bald, bearded man setting up equipment. I asked who the musical talent was.  The bartender, Kimberly, told me it was Justin, at the same time the man setting up told me, “Justin!”  I said, “What’s your last name, Justin?”  He told me Smithson but I could put “Smithsonian.”  I told him I would put it in my blog post, and he acquiesced with Smithson.  Another patron told me Justin was the lead singer with Showtime.  I have heard of that band but never seen them, so I was interested to hear this Justin.

I was not disappointed.  He opened with “Layla,” followed by “Peaceful, Easy Feeling.”  He asked for requests, so after a couple other numbers,  I asked if he knew “Sister Golden Hair.”  He looked up the lyrics on his IPad, saying he would rather cheat and do that rather than cut the song short.  He did a wonderful job on the song.

“Looking up lyrics on your IPad isn’t cheating,” I told him.  “It is research!”  He liked that.

I like the hockey pennants you can see in the background.

I greatly enjoyed my evening.  I even stayed for one more song than I intended, dancing with another patron.  It was a friendly crowd at a friendly venue with a friendly, talented singer.  How I have missed my Wednesday Night Thing!

In My Defense, Music!

This is a late Wuss-out Wednesday Post. In my defense, we went to Fratello’s Pizzeria in Frankfort, NY for food and music, one of our favorite things to do.  In my accusation (I never did figure out a good word for the opposite of “defense” in these situations), when we came home we watched a DVR’d episode of Reasonable Doubt, another of my favorite things. 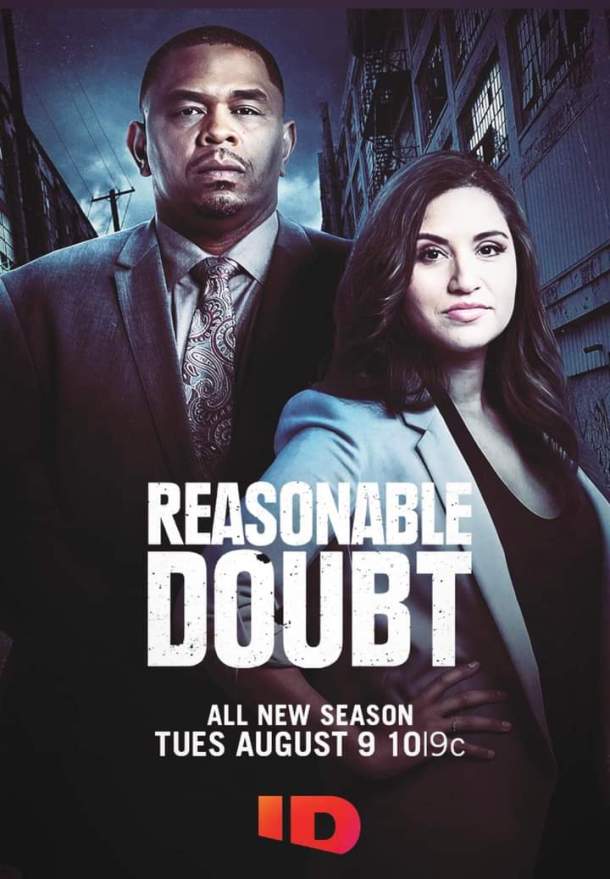 I have other pictures to share, but this popped up when I hit “Add Media.”

Steven got a Shrimp Basket while I had a Chicken Wing Wrap, only with grilled instead of fried chicken. Yum!  Steven did not recognize the musician and asked his name.  The bartender said, “Jonathan.”  I remembered seeing him before and later looked him up in one of my adventure books (that is my fancy name for blank books or notebooks I carry around with me to make notes), Jonathan Minter.

I was not familiar with most of the tunes he played, but I sure dug the acoustic guitar.  We were also delighted when my niece Kimi and her boyfriend, Matt, showed up.  Fratello’s gets the best clientele! 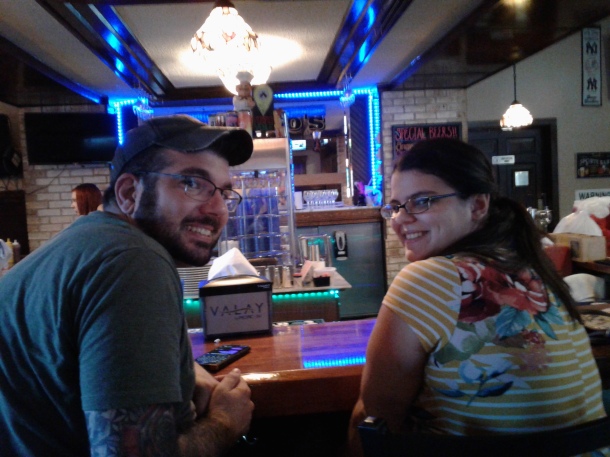 Back home, we paused in our true crime viewing to admire a rainbow.  I took a picture which does not do it justice.

I pointed it out to a couple of passersby. I feel the need to share beauty.

It was altogether a very enjoyable evening, with the result that I overslept this morning. A small price to pay.

How do I not manage to make a Lame Post Friday post on Friday?  It’s a lame post,  how hard could it be?  Oh well, I was having a nice evening, sipping Barefoot Pinot Noir and watching true crime on cable television.  Yes, I am too lame to stream.  So twentieth century of me!

They are bad-ass and compassionate.

Speaking of favorite things,  my husband, Steve, and I may be heading to the Mohawk, NY American Legion tonight to hear The Posers, our favorite local band (preview of coming attractions).  I heard too late last night that another good local band, the Playin’ Again Trio, was at Fratello’ Pizzeria in Frankfort.  Then again, we had such a pleasant evening at home, I do not regret it too much.  We missed hearing another favorite,  Phil Arcuri, on Wednesday, because Steven was not feeling well.  And that is my local music plug for the post. 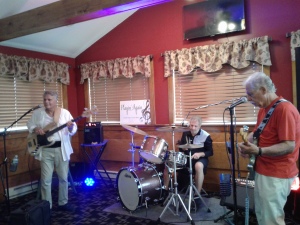 So I guess this is my Lame Post Friday post, made on Saturday morning,  but who’s counting?  Oh, YOU probably are (you know who you are).  As always, thank you for tuning in.

I Loves Me Some Posers!

For one reason and another, I have not made it to the Herkimer Downtown Chowdown this summer.  I was moved to remedy the error when I heard the Posers were playing tonight.  I had to at least stop down and listen to a few tunes. 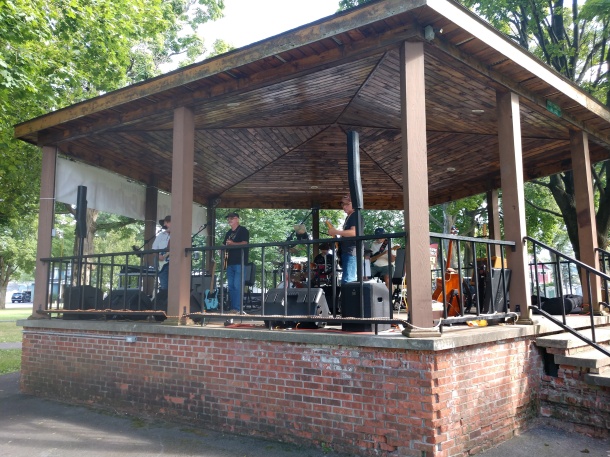 The pavilion makes a good stage.

The first thing I did when the music started was to take a picture of the band and post it on Facebook, inviting folks to come one down.  I sat at one of the picnic tables with a couple of other fans and settled down to enjoy.  I must say, Herkimer really has it going on for its food truck night.  The picnic tables are handy, and the trees provide shade which I really appreciate.

Full disclosure:  I did not get anything to eat.  I was there for the music!  I saw a table at which a lady was selling sunflowers of various sizes and colors.  Of course I don’t know from flowers, so perhaps they were not actually sunflowers but some sort of cousin.  This is the sort of thing I only could have gone over and asked, but, well, sorry, my bad.

I tried to get all three front men.

I was soon tapping my foot and chair dancing (picnic table bench dancing?), but I had to get up and boogey down to “Stuck in the Middle With You” (is that the title or just the lyrics?  No matter, if you know the song, you know what I mean).  Yes, I was the only one dancing at the time.  Hey, I don’t let it stop me in the supermarket, I am not going to let it stop me when it is one of my favorite bands playing!  I also danced to a Tom Petty song, “Listen to Her Heart.”  Announcing that one, the guy said, “We tend to play a lot of music by dead people, so in keeping with that vein, here’s one by Tom Petty.”  I loves me some Tom Petty!

And how could I neglect my favorite bass player? 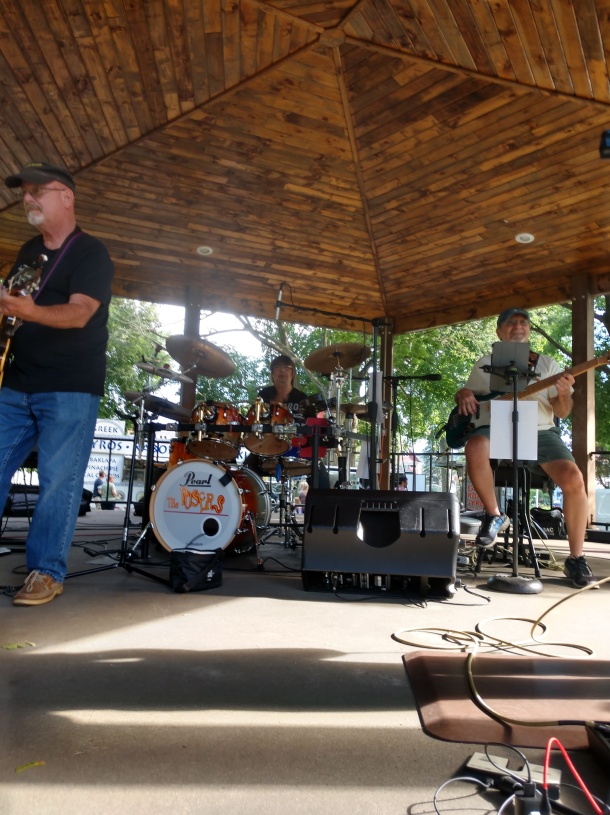 The drummer is pretty awesome, too!

I did not stay as long as I would have liked to, but I am feeling rather tired.  I was happy I got to hear what I did, though. I might return on future Mondays to hear other local musicians.  I know I have already missed some good ones!  Also, I would also like to purchase a couple of those flowers that look like sunflowers.

The Herkimer Downtown Chowdown runs through the end of September, Mondays from 4 to 8 p.m.in Meyers Park.  You can check out their Facebook page to see who is playing.

Yes, Wednesday is Still a Thing

So I had a true Wuss-out Wednesday yesterday and did not post at all. These things happen, of course. What happened was this:

I came home from work and said to my husband, Steve, “Four words: Phil Arcuri at Fratello’s.” That was all it took to get him off the loveseat and into respectable clothes.

Since the music would not start till six, I took the time to go for a run. At no time do I run either very far or very fast, but yesterday was even worse than expected. For one reason, I had underestimated the wind chill and not dressed appropriately. Yikes! But I persevered for what I considered the bare minimum. Then I showered and put on a cute outfit. It was time for fun!

We found a handy parking space and seats on the bar. Phil came over and said hello. He is such a great guy! The bartender, Gino, took good care of us. Steve got popcorn chicken and we split a 12-inch garlic bread with mozzarella. I hesitated over which chicken salad I wanted.

“Grilled chicken is more sensible,” I said, “but the Buffalo chicken is so delicious.” Gino suggested I get the Buffalo Chicken Salad with grilled chicken. Genius! I added black olives and asked for parmesan-peppercorn dressing. The beauty part is I would have leftover salad for lunch on Thursday and Friday.

We did not have long to wait for the music to start, and did we ever enjoy it! We chair danced, sang along, and applauded each number. Phil sang hits from Jimmy Buffet, Johnny Cash, the Beatles and more. I was delighted when Gino requested “Mustang Sally,” one of my favorites.

I suppose I only could have written this last night, but when we got home I watched Dateline instead. Sue me.

How fast can I do this?

I’m tired of missing posts! So here is the Wuss-out Wednesday Post I should have done at least four hours ago (yes I get up in the middle of the night; overtime, ugh). Only I do not have a lot of time, so I will merely share a couple photos that might have gone into a posts I meant to make.

A week ago yesterday, we were at Fratello’s Pizzeria in Frankfort, enjoying the musical stylings of Phil Arcuri.

We were happy to see our favorite bartender, Toni.

I don’t have time to make a proper post, but for now, this will have to do. As always, thank you for tuning in.

I started to write a blog post while at work (while on break, I need hardly add), but I am going to make a Throwback Thursday Post instead. Is that too much past after a Way Back Wednesday? I don’t care.

This time I will scroll through my Media Library. I do not promise to throw back very far. In fact, as usual, I make no promises at all. I am going to look for pictures beginning with p, for past, or maybe n p, for no promises.

Here is a p that is also a plug for a local business, Joseph Putrello Coffee Barista Bar on Genesee Street in Utica, NY. This is also an example of not throwing back very far, because they opened fairly recently.

Here is a great p: local musician Philip Arcuri. He is performing at Fratello’s Pizzeria in Frankfort, NY, just to plug another local business (and p for pizzeria!).

More local music for my last p: one of my all-time favorite bands, The Posers. We have had some wonderful times dancing to their tunes and hope to do so again one day soon.

I see I am over 200 words. I shall hit Publish and daydream about local coffee and music. Happy Thursday, everyone.